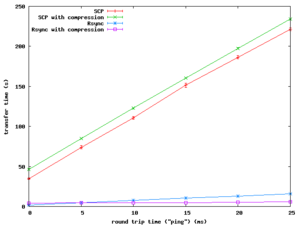 Like scp, rsync is a tool for transfer of files between systems. Such tools are very useful on Grid5000, for example to synchronize your local source tree with the one on the cluster node you are using.

rsync has several advantages over scp :